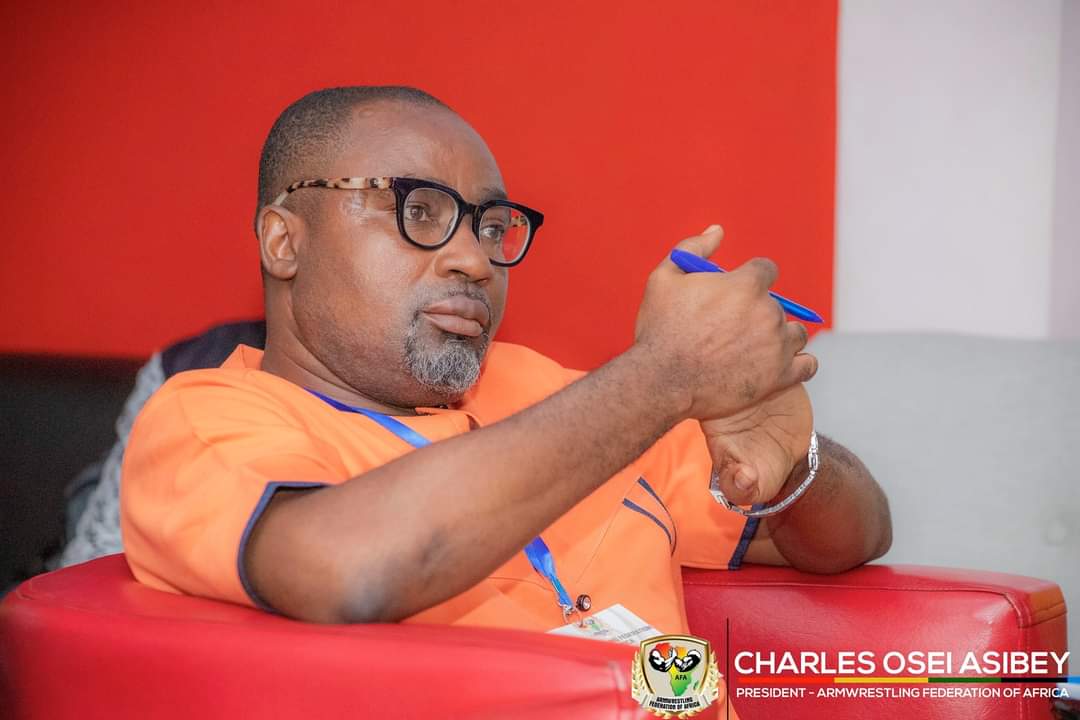 The elective Congress held at the KSP Hotel in Nigeria was well attended by Member Federations of AFA who patiently sat through all proceedings.

The elective congress was conducted and supervised by the Secretary General of World Armwrestling Federation, Mr Mircea Simionescu Simicel at the Media Center of the National Stadium in Surelere, Lagos.

The WAF scribe congratulated Charles Osei Asibey and the delegates for a peaceful election and urged all parties to come together and work for the development and growth of the sport on the continent.

President Charles Osei Asibey during his inaugural speech thanked the delegates for the confidence reposed in him and assured them of his commitment to the growth of the sport.

He ceased the opportunity to invite all present to be part of the Africa Championship to be hosted in Ghana next year as well as the Africa Games also to be hosted by Ghana in 2023.

He pledged to promote, encourage participation, seek funding, create competitions, and make armwrestling the Sports of choice in Africa.

He also said he would embark on the promotion and development of armwrestling by engaging the media, training of the trainers, encouraging participation at all levels, and build the capacity of athletes across Africa.

“I pledge to serve Africa Armwrestling with dedication, selflessness, sponsorships, bridging the continental gap and enhancing the sporting brand with quality whilst working with the people and for the people,” he said.

Currently, the founder and President for Ghana Armwrestling Federation, he doubles as the Chief Executive Officer of Legaci101 Limited, a sports marketing, and event company, United Media Consult, a PR and Media Management company and 3C Ventures Ltd, a company responsible for General Services.

Charles is the General Secretary of the Sports Writers Association of Ghana, former Communications Director of the Ghana Olympic Committee, and has served on the board of several sports Federations.